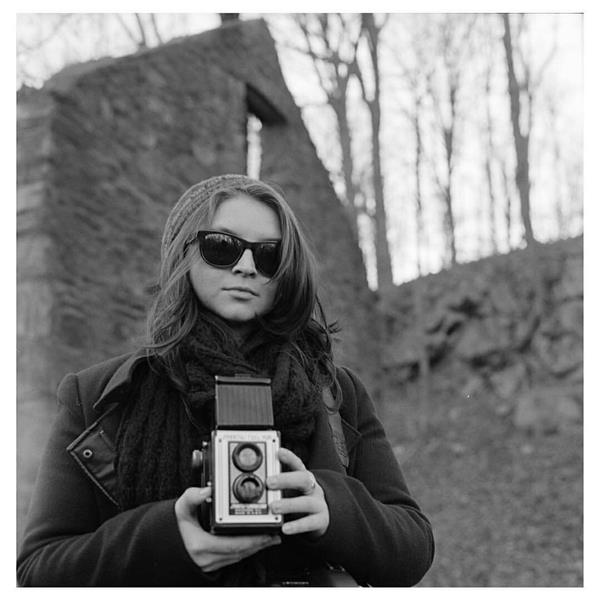 Brianna O'Halloran graduated as a Dance Major from MCST many moons ago. She went on to study dance and dance film at Bennington College, where she discovered her love of filmmaking and animation. At Bennington College, Brianna leapt into her video studies. By manipulating the mediums she was comfortable with, such as dance, costume, and lighting, and studying them further, she discovered that her imaginative visions could best be articulated through animation. Animation allowed her the freedom to bring to life the magical worlds she once created as a young girl with her dolls and enabled her to establish her imagination via film and performance. She understands that the core of any freedom is knowledge and knows the importance of learning about the history of the arts she loves. Mrs. O'Halloran recieved her BA in Visual Arts concentrating in Experimental Animation and Dance Film.

After graduation and a short stint as an art teacher, Brianna founded B. RUTH CREATIVE, a creative consulting company, and has since participated in many exciting projects. Brianna’s time as a Terrytoons animation archivist gave her the privilege of holding film cells in her gloved hands, allowing her to explore root methods in animation and to be inspired by the magic in each frame. And while imaginative worlds are paramount to Brianna, she has learned much immersed in the reality of the documentary 40 Weeks as its Assistant Director. As she followed families during their 40 weeks of pregnancy, Brianna understood more fully that, while creative ideas give life to a project, it is the day-to-day work of film that allows an idea to grow and develop.

Upon completion of 40 Weeks, Brianna expanded B. RUTH CREATIVE. Brianna's exploration as a visual storyteller continues as she collaborates with fellow artists and works with new brands and companies. Her dream of being able to do what she loves and work with a variety of clients came true. Past clients include: Rosa Clará Bridal, Global Fund for Women, Big Belli, Robot Fondue, Hoboken Chiropractic + Wellness, Parkman Sunglasses, pas de deux Bridal, FemmeGod, Fortunate Bones, Country Fusion, Shine Yoga Studio, Sierra Noble, Czechoslovak-American Marionette Theater and more.

During this time, Brianna returned to her alma matter at MCST as the Dance Film Guest Artist. Halls of Ivy, a dance film created by the Academy for Visual and Performing Arts (VPA) Dance Class of 2018, was selected as the winning Capturing Motion NYC film at the 45th Annual Dance on Camera Festival at Lincoln Center. As the winning film, Halls of Ivy was screened at the Walter Reade Theater with the Experimental Shorts Program on February 7, 2017. This experience forged a path of educating the next generation of artists and ultimately, lead her to becoming the Multimedia Program Director at MCST.

Mrs. O'Halloran is thrilled to be guiding and teaching Multimedia students, providing them the same opportunity she cherished during her high school education: to grow, learn, explore and make work in an environment that fosters creativity, problem-solving and critical thinking.