Mahi Gupta, a rising senior in The Academy for Health Care Science at the Morris County School of Technology in Denville, recently received the Diana Award, named in honor of Diana, Princess of Wales. The Diana Award is the most prestigious accolade a young person aged 9-25 years can receive for their social action or humanitarian work. 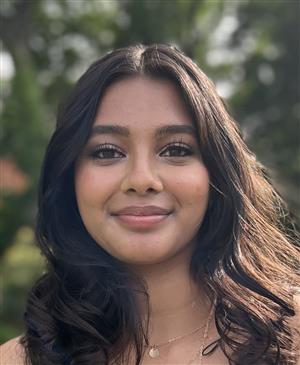 This award was established in 1999 by the British Government, which wanted to continue Princess Diana's legacy by establishing a formal way to recognize young people who were going above and beyond the expectations in their local communities. The Award is given out by the charity of the same name and has the support of both Diana's sons, The Duke of Cambridge and The Duke of Sussex. Prince Harry participated virtually in the Honor Roll ceremony on July 1st to congratulate winners from all parts of the world - from the US, Canada, Brazil, Argentina, and Mexico to China, India, Japan, Bangladesh, Nigeria, Sudan, Pakistan, and many other countries.

Mahi was awarded the prestigious Diana Award in recognition of outstanding contributions to society. At the age of 13, through an exchange program, Mahi visited Japan and stayed with a local family. Mahi wanted to inspire other young kids to expand their horizons and, on her return, started a youth club called ‘World Exploration’ for kids to explore and understand different countries and cultures. Mahi also started a program called ‘English with Friends’ to bring Japanese and American teenagers together and converse in English. The program has already helped 200+ students, by offering Japanese teens a judgment-free zone to practice their English-speaking skills and allowing American teens to get to know someone from across the world.

Mahi is an aspiring doctor, who has also contributed to many volunteer activities in Morris County, resulting in her winning the Girls Scouts Gold Award, Presidential Volunteer Service Gold Award, and Barbara James Service Gold award dedicated to volunteering in health care activities.

The Academy for Health Care Science is a rigorous, highly focused program with studies in human sciences, health information technology, emergency care, humanities, computer technology, and health care dynamics. Students in this program can earn up to 15 credits through Rutgers School of Health Related Professions.